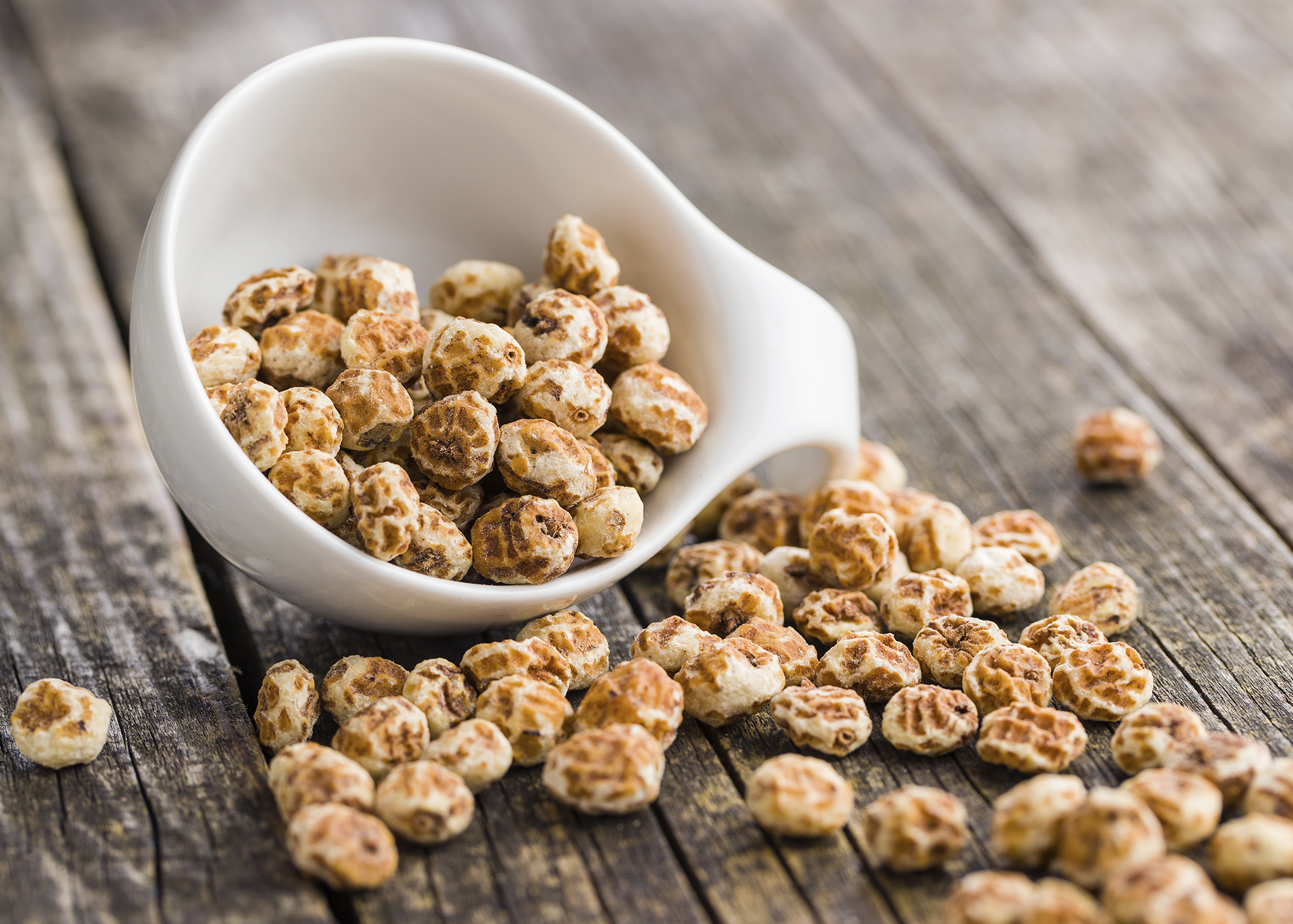 Tiger nuts (Cyperus esculentus), also called earth almonds or chufras, are the edible, underground tubers of a cyperus grass, which belongs to the sedge family (Cyperaceae). Despite its name, the tiger nut is not a true almond. The name derives from its almond-like flavour. Today, tiger nuts are mainly cultivated around the Mediterranean, in particular in Spain. The oil content of the tiger nut is approximately 25 percent. The oil is carefully pressed from the dried, chopped tubers.

Other certifications on request 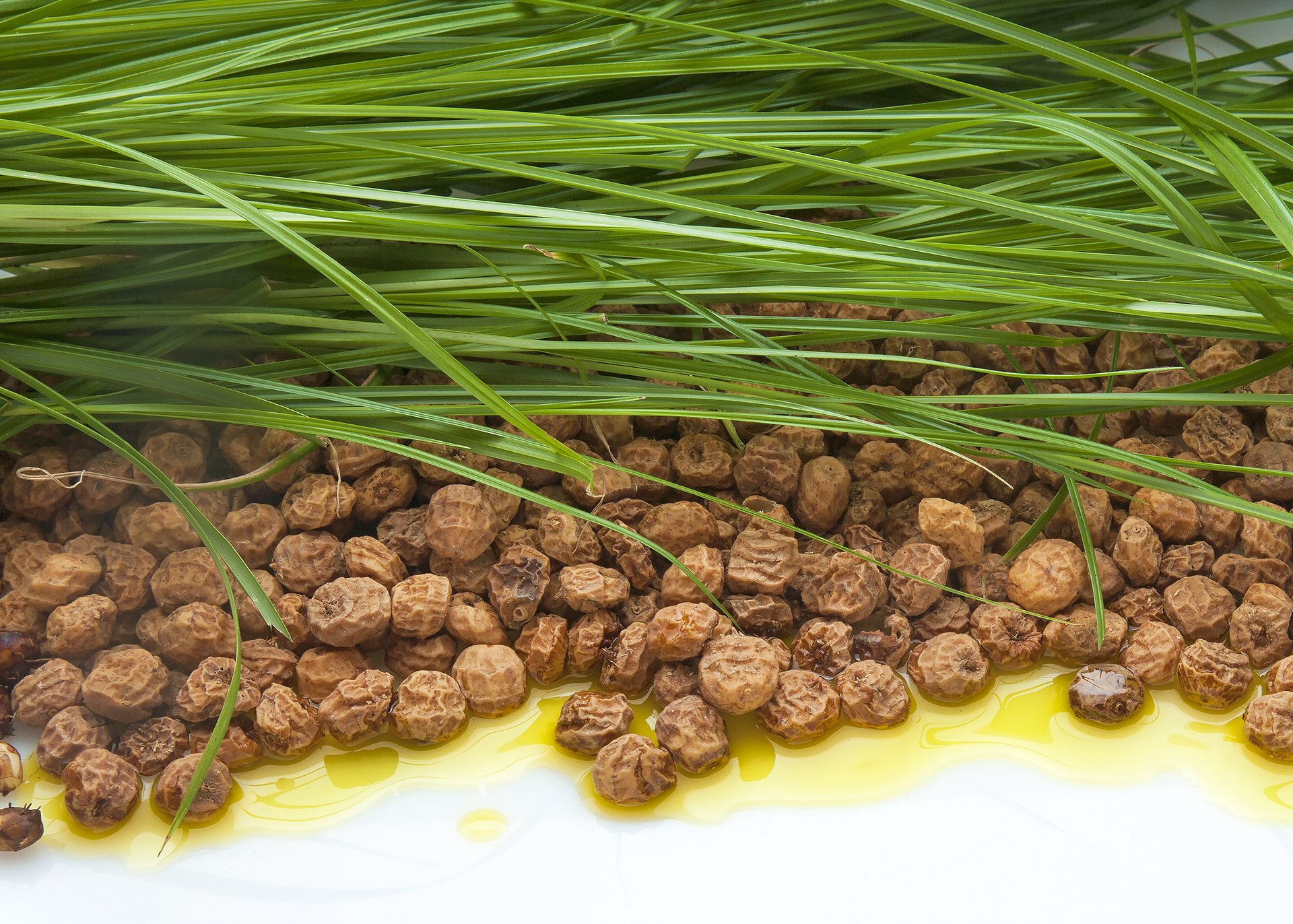 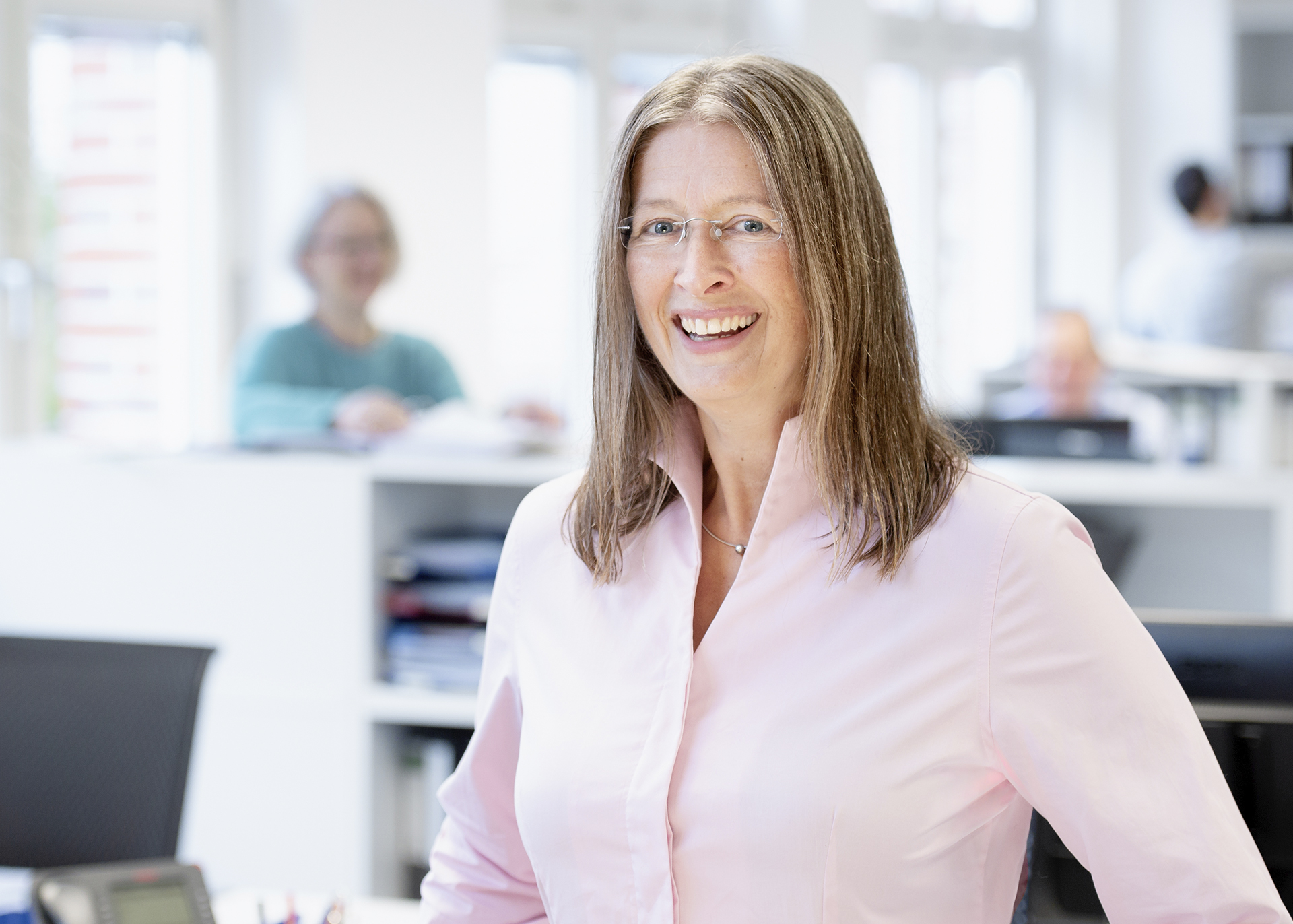 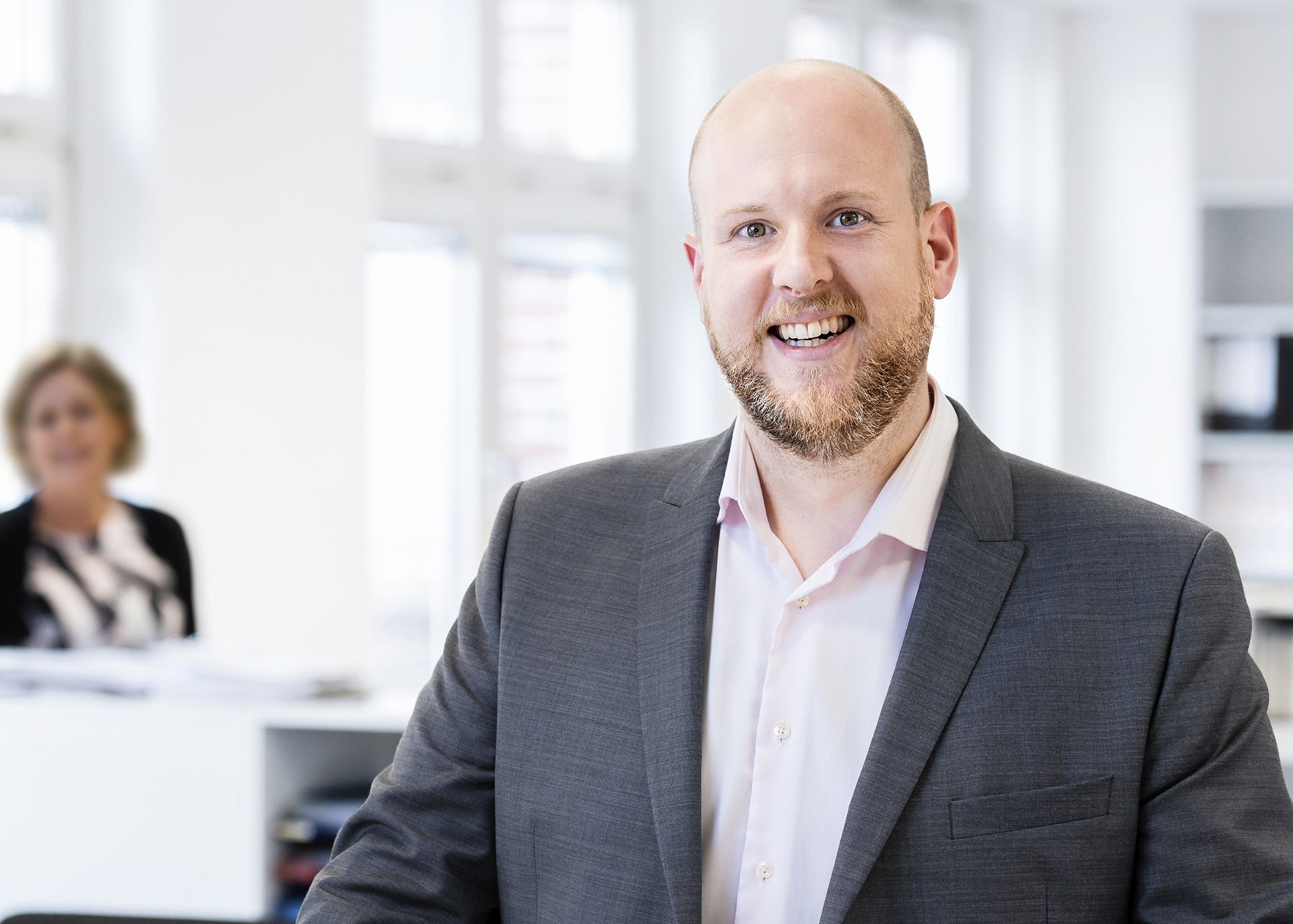 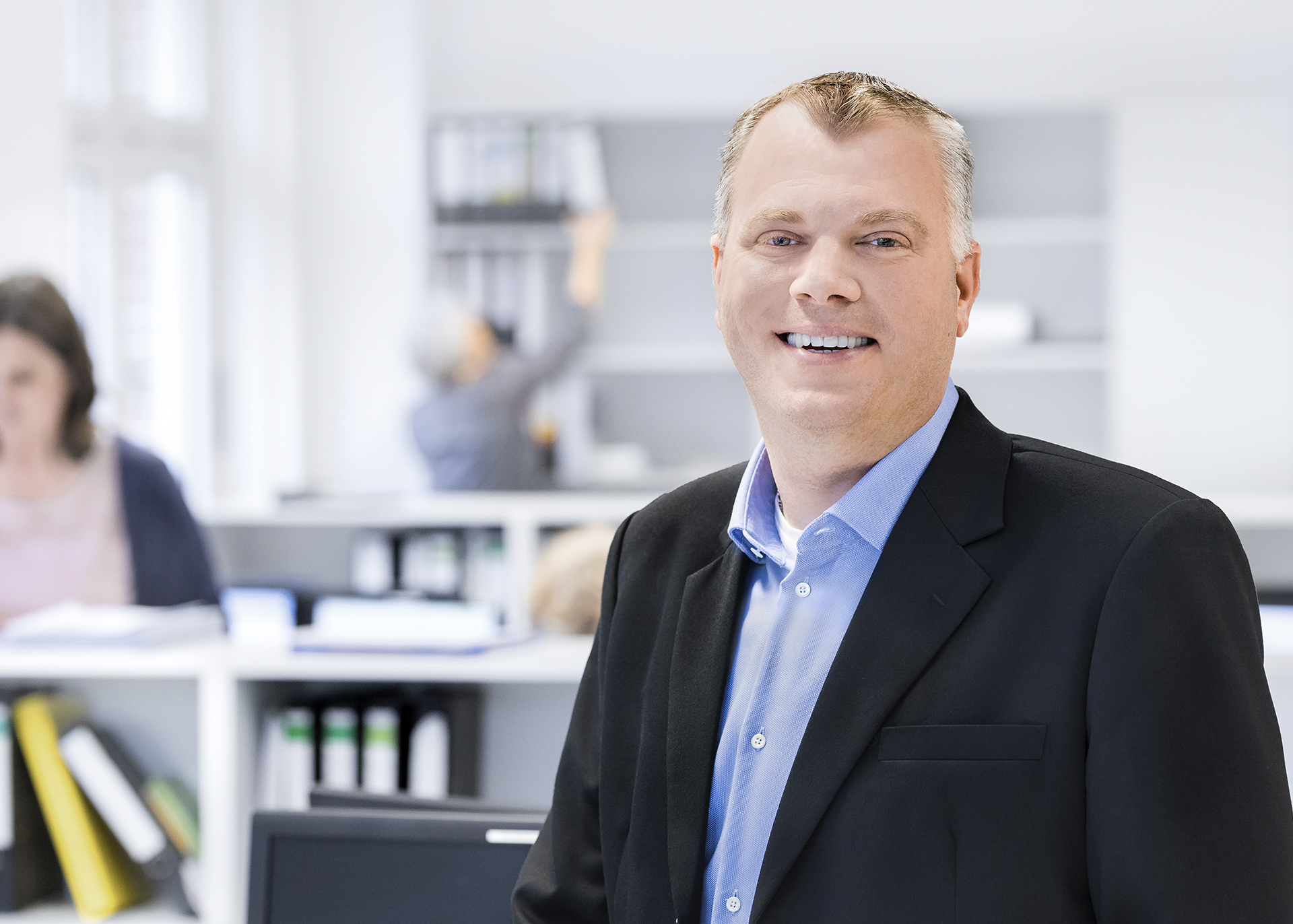 Our product portfolio of
natural oils, fats and waxes

Our cosmetic portfolio
of natural oils, fats and waxes 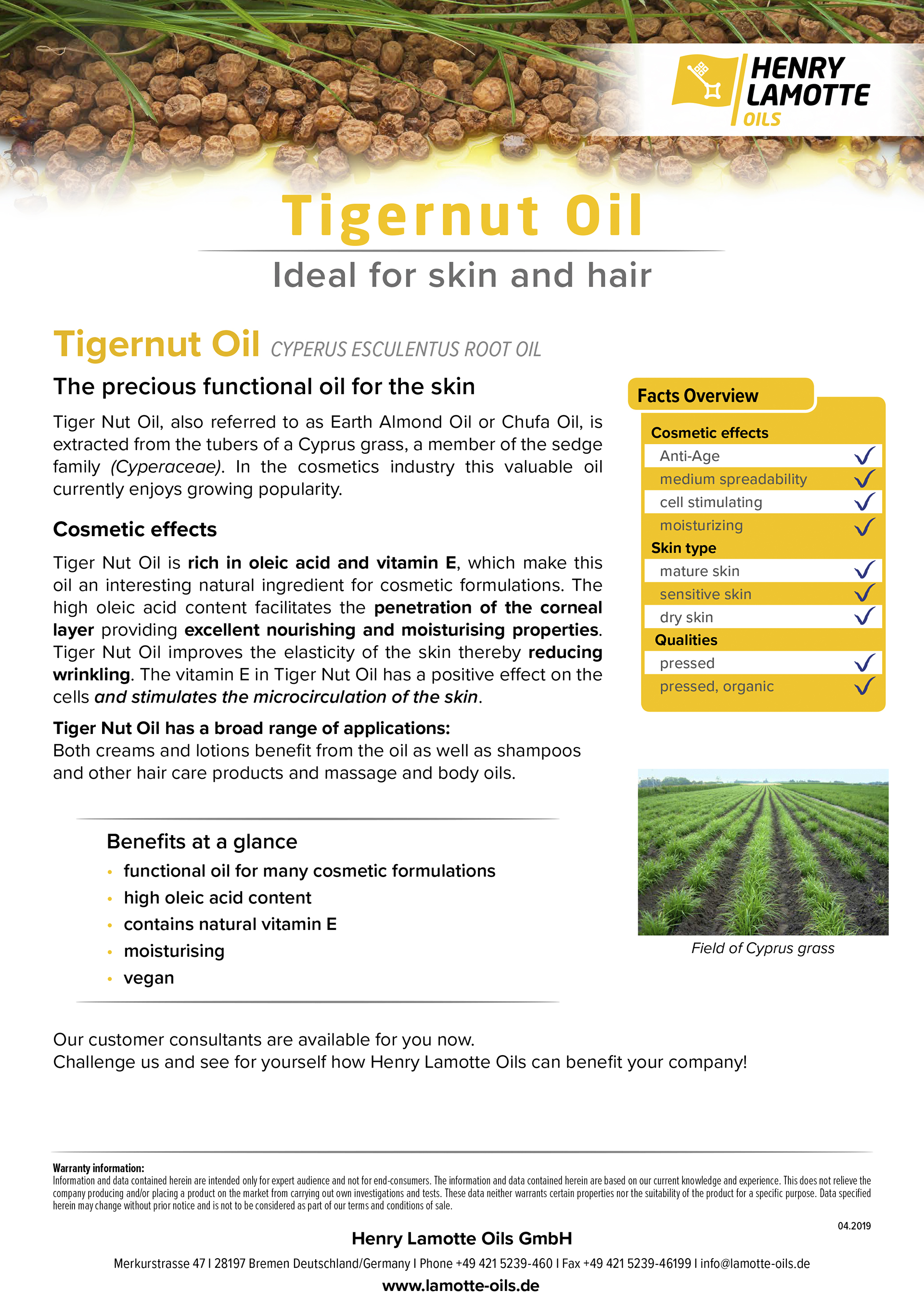 Information about our product and its applications in cosmetics

Certified production in accordance with your individual specifications

Our in-house production and filling are based on state-of-the-art technology, so that we can offer you a wide range of products and containers. 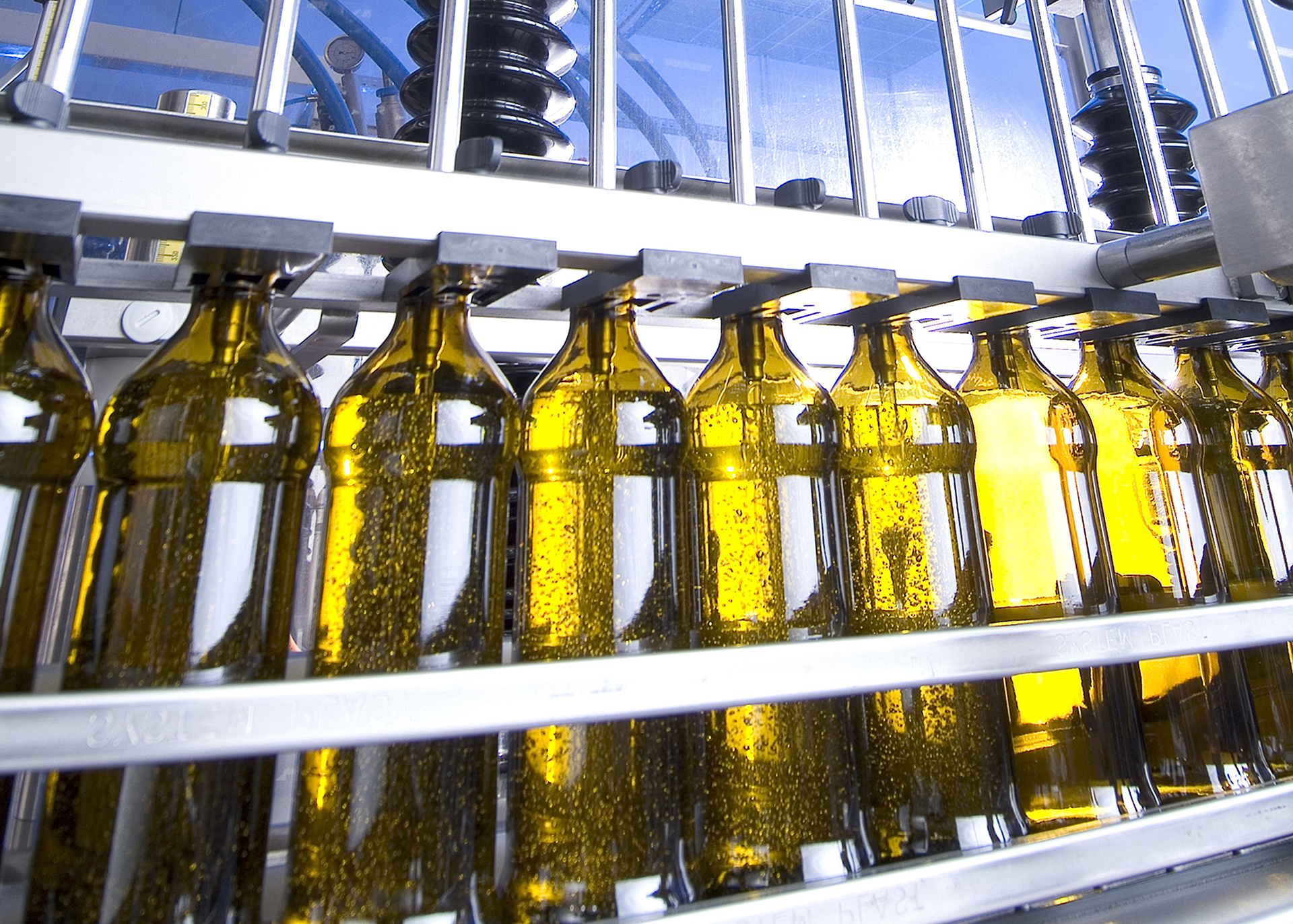 Functional cookies are absolutely necessary for the functionality of the web shop. These cookies assign a unique random ID to your browser so that your unhindered shopping experience can be guaranteed over several page views.

CSRF token:
The CSRF token cookie contributes to your security. It strengthens the security of forms against unwanted hacker attacks.
Information on origin:
The cookie stores the referrer and the first page visited by the user for further use.
Session:
The session cookie stores your shopping data over several page views and is therefore essential for your personal shopping experience.
Cookie settings:
The cookie is used to store the cookie settings of the site user over several browser sessions.
Activated cookies:
Saves which cookies have already been accepted by the user for the first time.
Timezone:
The cookie is used to provide the system with the user's current time zone.
Cache handling:
The cookie is used to differentiate the cache for different scenarios and page users.

These cookies are used for statistics and shop performance metrics.

Google Analytics:
Google Analytics is used for traffic analysis of the website. Thereby statistics about website activities can be created and read out.

Tracking cookies help the shop operator to collect and evaluate information about the behaviour of users on their website.

Matomo:
The cookie is used to track website activity. The information collected is used for site analysis and to generate statistics.
We use analytical methods (the Google Analytics service) to measure how often our site is visited and how it is used. We also embed third-party content from other providers on our site (e.g. for external fonts). We have no influence on further data processing and any tracking by the third party provider. In this context, we also use service providers in third countries outside the EU without an adequate level of data protection, which entails the following risks: Access by authorities without information, no rights of data subjects, no legal remedies, loss of control. By hiring us, you consent to the above described procedures. You can withdraw your consent with effect for the future. More information.